2023 Kia Sportage: Redesign, Hybrid, Specs, & Price. The 2022 Kia Sportage (Kia NQ5) will break cover this year. Much like the new Tucson, the platform-mate from Kia will have a bold design and is expected in three hybrid variants.

One of the proud cars of South Korea, the Kia Sportage 2022, will be presented soon, supporting the sales success like in previous years. This new metal sheet, codenamed NQ5, is polished with a grim aesthetic but with comfortable and compact features typical of Sportage. Then what are the advantages and performance offered, we will study them together in the following review.

The 2022 Sportage would ditch the bug-eyed face and the sliced rear door design with the new lifecycle program. At the front, the rendering shows a muscular hood with a powerdome, sharp, vertically positioned headlamps with boomerang-shaped DRL, and a significantly larger and sharper radiator grille. The DRLs should double as the front turn indicators.

On the sides, we see a conventionally designed rear door frame that makes the profile more attractive. The sides will benefit from a sportier greenhouse with a sharp kick in the beltline and a conventional rear door. 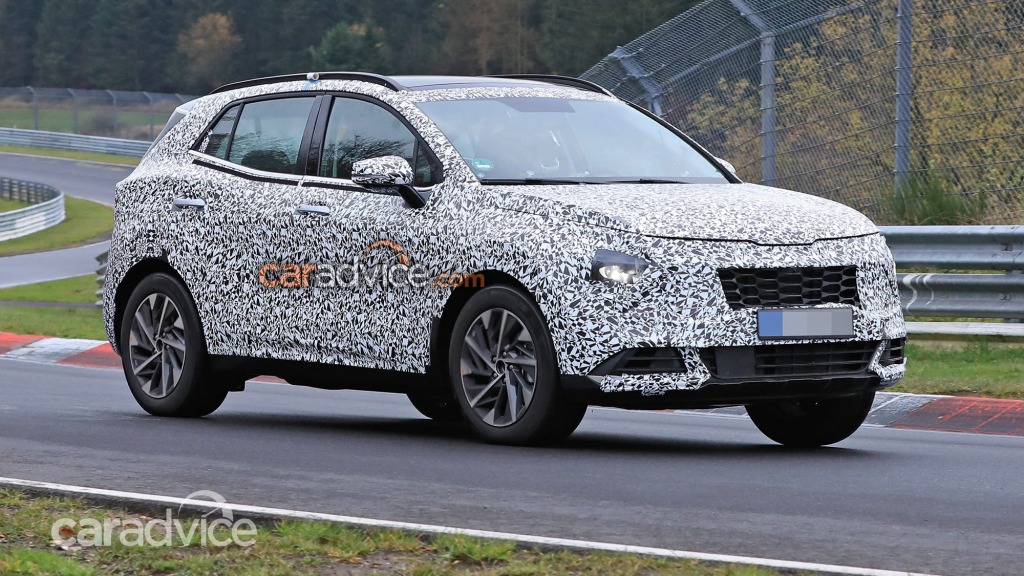 The new Sportage features what can only be described as a quirky front end, but the rear would be more or less conventional. It comes with razor-sharp LED rear combination lamps, an arching indent where the registration plate sits, and a large Kia logo right above it. The bumper houses symmetrical secondary lights. 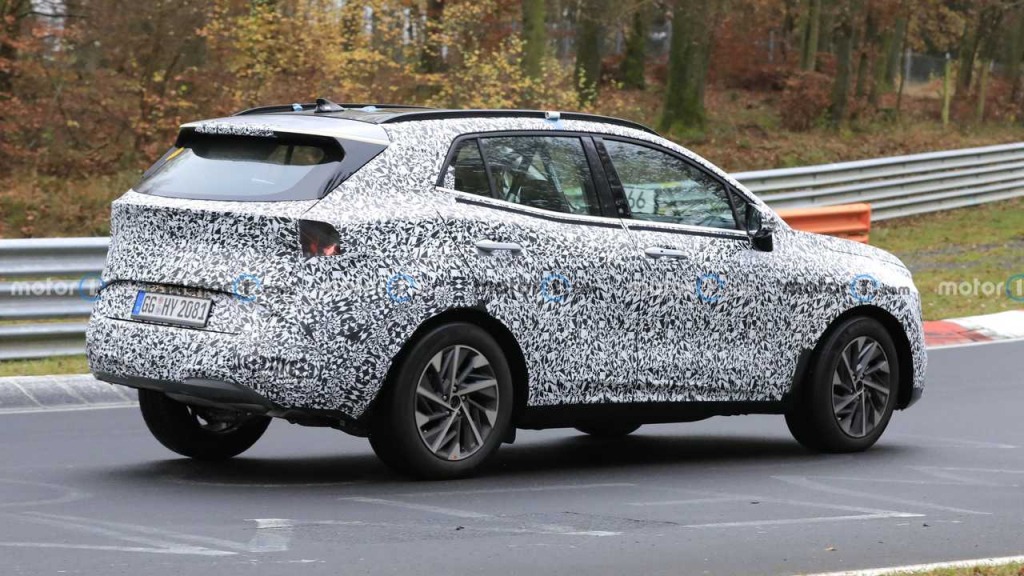 It is claimed by the shooter that the pictures above show the short-wheelbase version, while the spy shot below features the long-wheelbase. The lower bumper is differentiated with connected black inserts, while the wheel designs differ.

The 2022 Kia Sportage will feature a thoroughly upgraded interior replete with a snazzy dual-screen cockpit, sleeker dashboard design, less-cluttered center console with reduced physical buttons, etc. Pictures from Naver user soonjung8116 have revealed that it would have two different types of interior.

Kia uses this dashboard layout in the new Sedona. Lower configurations will have an analog instrument panel instead of a virtual instrument cluster, as seen at the bottom. They may settle for a smaller touchscreen infotainment system and Android Auto and Apple CarPlay enabled.

Kia would activate the Kia UVO Connect system with further enhancements on the incoming Sportage. It should feature the latest UVO link telematics that includes a wide range of connected vehicle solutions. The owner should connect the vehicle with Amazon Alexa or Google Assistant-enabled smart speakers, use UVO voice assist for voice control of the climate, steering-wheel heating, seat, audio system, and other functions, and add driver profiles for greater convenience.

New driver assistance technologies are a given but don’t expect autonomous highway driving capability yet. Standard and available advanced driver assistance systems (ADAS) of the 2022 Kia Sportage may include the following:

If the 2022 Hyundai Tucson’s powertrain line-up is to go by, there will be not one but three electrified powertrains for new Kia Sportage customers: mild-hybrid, full-hybrid and plug-in hybrid, offering good gains in fuel economy. Common to the three is the 1.6-liter T-GDI turbocharged engine, with the plug-in hybrid variant offering north of 260 horsepower.

The 2022 Hyundai Tucson PHEV has a 13.8 kWh battery pack that allows pure electric driving for 28 miles (company estimate). The 2022 Kia Sportage PHEV’s all-electric range should also be around 30 miles. A media report that came in late last year claimed that Kia is working on a pure electric version of the Sportage, though this is unverified.

NQ5 is the 2023 Kia Sportage for the United States

The new Kia Sportage was expected to reach American showrooms by the end of this year. The current generation Sportage (Kia QL) is updated for MY2022, which means that the NQ5 Sportage arrives next year as an MY2023 vehicle. Expect the launch of the all-new Sportage in the first half of 2022 in the United States.

The car giant in Asia broke the Sports design which has been incised for four years of increasing sales every year, with a controversial design. How come? The new front design is accentuated with a large and bold grille including the lamp design. Broadly speaking, the total design is not superfluous.

Meanwhile, the rear retains its traditional style with LED headlamps derived from the sleek K5 sedan design, the lower bumper is inserted in a mesh pattern, and the exhaust is hidden. About the rear design, there is an orange line around the bottom that looks like a Subaru Forester at a glance. And the off-road tire design this time is prepared to compete with the Ford Bronco Sport or the Jeep Cherokee.

It is still considered underrated in the American market, this compact SUV is predicted to target the high-end market, because it offers several advantages, such as:

Users will not be disappointed with the digital display driver, adequate lighting, and smartphone key access. Another amazing thing is that the power source of this car is predicted to be a 226 hp 1.6-liter turbocharged hybrid and also a 177 horsepower hybrid plug. The battery supports 13.8 kWh and can cover all electricity for 28 miles.

Another interesting feature of this new bumper design car is its hybrid capability. This will be a potential future car because it will replace the diesel variant in the Asia Pacific and European regions. The 6-speed automatic transmission is specially developed and all wheels are standard actuated.

From a frenetic pandemic that had worried the automotive industry, the Kia company decided to immediately announce their fantastic plans. One of the plans heard was the introduction of Sportage in April 2021 in South Korea, while Europe and North America would follow later. Sales will begin shortly after MY2022 with a base MSRP of under $ 25,000. The premium Turbo SX, which is the best offering on the market, holds its price in the $ 35,000 mark. While the performance-tuned model can exceed $ 40,000. Of course, the hybrid engine and base cost are still expected to be updated.

What do you think about the frightening appearance of the Kia Sportage 2022, is it by the comfort offered?