2021 Toyota Hilux Price, Redesign and Release Date.There aren’t many mid-size trucks on the market as capable as 2021 Toyota Hilux. This iconic pickup celebrates the 50th anniversary this year. For all these years, the famous model gained a reputation of probably the best-known mid-size truck in the world. This nameplate becomes so popular that even some wars in Africa were called after it. Because of its massive use around the world, the company pays a special attention to it. In order to satisfy a wide range of drivers, there are many versions available.Moreover, Toyota introduces several novelties for this year. The newest update of the current generation includes several changes. Most of them are visual, but there are some interior changes as well. The company also offers a wide palette of engines. Some of them are available across the globe, while some are designed for specific markets. 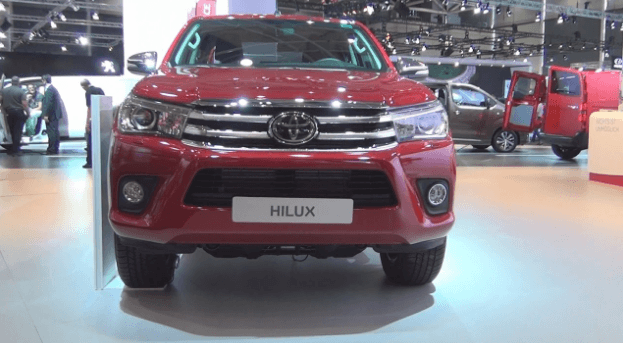 As we already mentioned, Toyota has prepared some nice changes for this update. To remind you, the current generation is present since 2015, so this update isn’t so significant. Still, there are some nice novelties, especially in terms of visual appearance. Naturally, the area that suffers most is the front end. The 2021 Toyota Hilux gets several new details. It now closely resembles the current Tacoma, a mid-size truck that is offered exclusively for the U.S. market. So, some of the most notable details are new grille and bumper. While the headlights shape remains unchanged, the grille gets a new hexagonal shape and it is more massive than the previous one. The front bumper is also completely new. You will notice a large air-intake in the middle and new, Tacoma-like vertically positioned fog lights. Rest of the truck remains pretty much the same.

On the inside, 2021 Toyota Hilux also gets some new things. Though, those changes are not as big as those on the exterior design. You can notice some revisions on the instrument cluster, as well as on the center console. Still, those changes are minor and non-significant. The core of the familiar design remains definitely the same. When it comes to equipment, things have also remained pretty much the same.

While there are some specific trim-level organizations for certain markets, in most of the countries 2021 Toyota Hilux comes in three trim levels. Those are Active, Icon and Invincible. The base model comes with only those necessary features, but adds some nice things like Bluetooth as well. A mid-range Icon offers a perfect balance between price and quality. Finally, if you prefer a full load of standard features, the Invincible will be a perfect choice for you. 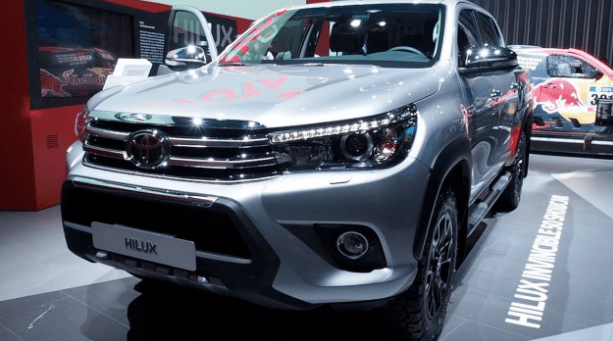 This truck is available worldwide. So, it isn’t wondering that there are several engines in the offer. To be more precise, there are total seven engines that Toyota installs in this truck and we will mention just those more notable. The most common is probably a 3.0-liter diesel V6, which is good for about 163 horsepower. However, this engine has been replaced with the new 2.4-liter diesel unit in many markets. This engine is good for about 155 horsepower and 290 pound-feet of torque. It is significantly more efficient than the V6 unit.There are few gasoline engines in the offer for 2021 Toyota Hilux as well. One of them is 2.7-liter inline-four, which is good for about 160 horses and 181 pound-feet of torque. Though, we prefer the old but gold, 4.0-liter V6, which delivers around 235 horses and 277 pound-feet of torque.