Last time we saw Jeep Gladiator pickup truck Concept was in 2005, but a long-anticipated truck version of the new Wrangler could bring back this nameplate. It is still unclear which name will company choose for the upcoming truck. Many names have been suggested, such as Scrambler or Gladiator. Still, there are as a chance that the new model will simply be caller Wrangler Pickup.In any case, we are expecting to see some kind of a concept version before the finished and production-ready model comes. For that case, it seems logical to call is Gladiator pickup truck Concept, just like it was the case 13 years ago. Expect new concept to be an introduction to the production version which should hit the market in late 2018 or early 2019. We don’t expect bigger visual deviations between these two models, as well as in terms of mechanics.

So, what Jeep Gladiator pickup truck Concept will present to us. Most likely, it will be pretty much the same as a future production model. It should be some kind of an introduction to the serial-production Wrangler-based pickup. So, expect a Wrangler-based design in all aspects. When it comes to the mechanics, it will use the same platform. Still, there is a chance to see a little bit stretched version, with a longer wheelbase. Other aspects of mechanics should be the same, including chassis, engines etc. The new platform utilizes many new materials, characterized by lightweight. This should result in some massive weight savings that will make the future pickup competitive enough on the hi-demanding mid-size truck market.When it comes to the visual appearance, Jeep Gladiator pickup truck Concept should feature completely the same front end as new Wrangler. So, expect a classic design of the famous SUV, which was just slightly tweaked for this occasion. Basically, we should see the same overall shape as on the 2005 concept. Of course, the new version will look far more stylish, thanks to new details. Still, don’t expect radical turnarounds.On the other side, interior design should be completely new. We have seen the cabin of new Wrangler and it looks pretty amazing. There is a new dashboard design, full of interesting new details and hi-tech features. We are expecting the same on this concept. As you may know, trucks usually come in various cab configurations. This one will come exclusively in double-cab version.

It is still unclear which engine the new Jeep Gladiator pickup truck Concept will use. As you probably know, the company has prepared various powertrain options for the new Wrangler.There is a familiar 3.6-liter Pentastar V6, as well as new and far more efficient 2.0-liter turbo inline-four unit. Most likely, the company will choose one of these two. Still, there is a chance to see something new.It is no secret that a diesel version is in plans for the new SUV, as well for this upcoming truck. So, this could be a perfect occasion to see new 3.0-liter diesel unit from Italy.Finally, there is a chance to see some electrified version, like mild or plug-in hybrid powertrain. 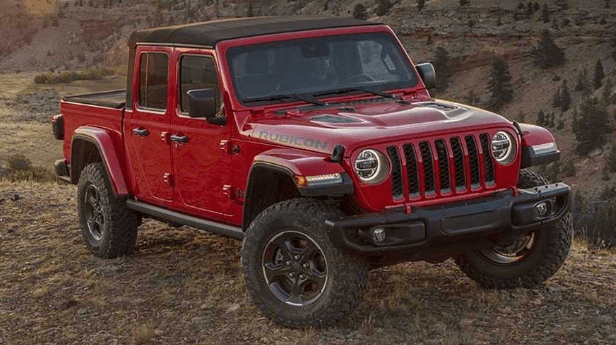 We are expecting to see Jeep Gladiator pickup truck Concept presented on some of upcoming major car shows. Still, it is still hard to say when this will happen. Moreover, it is even unsure will this concept will even appear. A production version is pretty close, so a purpose of presenting something like this is pretty questionable unless we are going to see hybrid version or something like that.